g-PGA, Poly-g-Glutamic acid is a naturally occurring water-soluble anionic polymer,  composed of homo-polyamide of D and L- Glutamic acid units. The free acid form is water insoluble. g-PGA is an optically active biopolymer having a chiral centre in every glutamate unit. 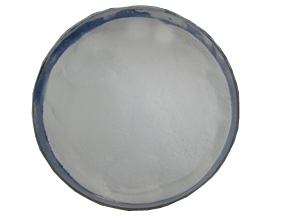 It is an extracellular polymer which is completely biodegradable and non-toxic to humans. PGA is synthesized by several microorganisms  Bacillus species like B. licheniformis and B. subtilis are generally utilized to produce PGA.

PGA was first discovered in 1973 by Ivanovic and his co-workers in the form of capsule in Bacillus anthracis.

PGA has been reported to be the major component in the viscous sticky mucilage of Natto -a health food in Japan. Natto, has been in domestic and commercial use and consumed for more than a thousand years, which is produced by steaming small soybeans and fermenting them with starter culture of Bacillus subtilis.

with Hyaluronic acid. It has extensive adsorbing properties and therefore used as an absorbent molecules. Cross-linked g-PGA is one of the most useful Super Absorbent Polymers.

The applications of g-PGA in skincare products were explored by Ben-Zur & Goldman (2007). They found that c-PGA is a good hydrophilic humectant and has the ability to increase the production of natural moisturizing factors such as urocanic acid, pyrrolidone carboxylic acid and lactic acid compared with hyaluronic acid and soluble collagen. g-PGA has also been shown to enhance the elasticity of the skin more than collagen and hyaluronic acid as well as refresh and nourish the skin, making it smoother and more desirable.

Gamma-Poly glutamic acid is delivered in form of its sodium salts.